Read the June issue of The Nuclear Resister here...

Listen to internet radio with Draaibaarheidsfactor on Blog Talk Radio.

We interviewed Fr David Buer, OFM on April 24th 2010 at the house of Pace e Bene, Las Vegas. He spoke about the Sacred Peace Walk and about SB1070 in Arizona.

Is our 21st century society effective? Sustainable? A success? Economies are collapsing and workers are losing their jobs. The sum of the parts no longer seems to be a whole. The earth is experiencing both man-made and natural disasters, oil spilling in the Gulf of Mexico, erupting fire and ash in Iceland. War and earthquakes have destroyed cities both near and far. Many of us yearn for peace, security and a sense of well being, yet find ourselves frustrated wondering how balance might be achieved, how harmony might be realized.

This year’s peace conference, “A Question of Balance?” is attempting a synthesis of right brain and left brain activities and understanding. Coupling traditional lectures on current political issues with workshops on inner exploration and self growth (some based on the work of Joanna Macy) along with a Tibetan gong vibrational bath, we hope the day will be trans-formational, providing a new heartfelt understanding of the world we live in and our place in it.

The Kateri Tekakwitha Peace Conference has its roots in Closing the School of the Americas/WHINSEC.

2010 Conference Schedule
Our schedule for Friday Night and all day Saturday is:

6:00 - 7:00 PM Potluck Supper
7:10 - Opening Remarks
7:15 - 8:45 PM A Council of All Beings, by Diane Reiner and Joyce Reeves:
The “COUNCIL OF ALL BEINGS”, is a colorful, communal ritual which allows us to shift persepctives and speak restore our relationship with nautre. This will be a fully participatory event that promises to offer fresh opportunities to speak out about our world today. 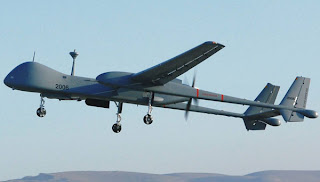 David Cronin
A leading Israeli supplier of warplanes used to kill and maim civilians in Gaza is in the running for two new scientific research grants from the European Union.

Israel's attacks on Gaza in late 2008 and 2009 provided its air force with an opportunity to experiment with state-of-the-art pilotless drones such as the Heron. Although human rights groups have calculated that the Heron and other drones killed at least 87 civilians during that three-week war, EU officials have tentatively approved the release of fresh finance to the Heron's manufacturer, Israel Aerospace Industries (IAI).

Two projects involving IAI have recently passed the evaluation stages of a call for proposals under the EU's multi-annual programme for research, which has been allocated 53 billion euros (65.4 billion dollars) for the 2007-13 period.

The Union's executive arm, the European Commission, has confirmed that IAI is one of 34 Israeli "partners" involved in 26 EU-funded projects for information technology which are under preparation.

Among the other Israeli firms being considered for such funding are Afcon, a supplier of metal detectors to military checkpoints in the occupied Palestinian territories, including the Erez crossing between southern Israel and Gaza. Afcon was also awarded a contract in 2008 for installing a security system in a light rail project designed to connect illegal Israeli settlements in East Jerusalem with the city centre.

Mark English, a Commission spokesman, said that the procedures relating to the projects have not yet been completed. But the Israeli business publication Globes reported last month that Israeli firms stand to gain 17 million euros from the latest batch of EU grants for information technology. According to Globes, this will bring the amount that Israel has drawn from the EU's research programme since 2007 to 290 million euros.

Israel is the main foreign participant in the EU's science programme. Officials in Tel Aviv say they expect Israeli firms and research institutes will have received around 500 million euros from the programme by the time of its conclusion.

Chris Davies, a British Liberal Democrat member of the European Parliament (MEP), expressed anger at how the Commission's research department appears willing to rubber-stamp new grants for Israeli companies. Such a "business-as-usual" approach is at odds with tacit assurances from officials handling the EU's more general relations with Israel, he said.

In late 2008, the EU's 27 governments agreed to an Israeli request that the relationship should be "upgraded" so that Israel could have a deeper involvement in a wide range of the Union's activities. But work on giving formal effect to that agreement has stalled because of the subsequent invasion of Gaza.

Approving EU finance for Israel Aerospace Industries "should be regarded as utterly unacceptable, incoherent and outrageously naive," Davies told IPS. He argued that there appears to be "no communication" between different sets of EU representatives on how Israel should be handled. "Where's the joined-up thinking?" he asked.

While the European Commission claims that all of its scientific research cooperation with Israel is civilian in nature, the Israeli government has been eager to publicise the almost umbilical links between the country's thriving technology sector and its military. A brochure titled 'Communications in Israel' published by its industry ministry earlier this year refers to a "symbiosis" between the security and technology sectors in Israel. Several technology breakthroughs - such as the invention of voice recognition devices for computers by the Israeli army in the 1980s - have resulted from this "convergence", the brochure claims.

Other likely Israeli beneficiaries of the new round of EU funding do not conceal how they have benefited from this convergence either. The Israeli subsidiary of SAP, the software manufacturer, has issued publications about how it has provided specialist equipment for the Israeli army. And both Emza and LiveU, two "start-up" companies, are examples of the numerous makers of surveillance equipment in Israel that have seen their order books fill up since the country tried to position itself as an indispensable part of the "war on terror" declared by former U.S. president George W. Bush.

Marcel Shaton, head of the Israel-Europe Research and Development Directorate (ISERD) in Tel Aviv, said that EU citizens should not have any qualms about financing Israeli arms companies. "All research supports the arms industry," he said. "Non-military technology is used for military purposes all over the world."

But Yasmin Khan, a specialist on the arms trade with the anti-poverty group War on Want, said that the EU has been complicit in the occupation of Palestine through its support for Israel's military industry.

She noted that drones made by IAI and other Israeli companies have been bought by several European countries taking part in the U.S.-led war in Afghanistan. "The military industry is a central point of the Israeli economy," she said. "The equipment it makes is sold as 'battle-tested', which is a dark way of describing its use in the occupied (Palestinian) territories."
Source. 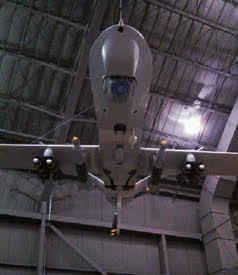 Unarmed Predator B drones, the same unmanned aircraft used by the CIA for targeted killings in the Middle East, began patrolling the US-Mexico border between Arizona and southwestern Texas this week.

Top lawmakers from Texas and Arizona, several of whom have recently received campaign contributions from drone makers, have asked the Federal Aviation Administration (FAA) to approve drone flights over the entire Texas border despite recent reports that the border is the safest it's been in years.

The announcement came amid rising tensions in the region, where US Border Patrol officers have killed two Mexican citizens in as many weeks, including a teenage boy who was shot after throwing rocks.