The next strategically positioned paradise 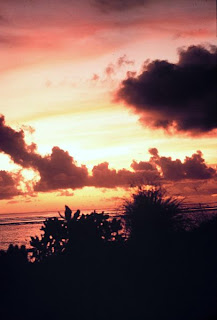 As usual, Empire is out to get some islands which most people would consider paradisiacal, to launch drones and spread death and destruction.
The Cocos archipelago in the Indian Ocean, at one time "annexed" by Great Britain and now an Australian territory, seems to be the next big thing for the US navy.

Ten things you did not know about drones

For example "they were created" and they probably have a "father".
Further reading.

Email ThisBlogThis!Share to TwitterShare to FacebookShare to Pinterest
Labels: predators and drones

Police spying by drones in UK 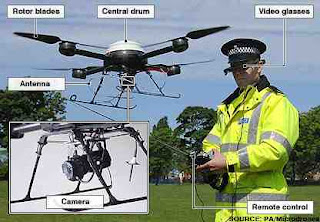 Small, low-flying UAVs of 20kg or less – similar in size to radio-controlled model aircraft – can legally be flown under existing UK regulations, provided they have a permit from the CAA.

The latest figures obtained by the campaign group Big Brother Watch show 115 permits were issued between January 2009 and October 2011. At least five police forces – the Met, Merseyside, Essex, Staffordshire and British Transport police – are known to have used them. The Climate Camp and the Stonhenge Solstice are among a growing list of events targetted by police drones.

At a London aerospace conference in October 2011, a Home Office official confirmed the ongoing intention to use UAVs for “persistent reconnaissance” as part of the South Coast Partnership, a government-backed project in which Kent police and others are developing a national drone plan.

There remains a high level of police interest in military-style drones, which, unlike small UAVs, can fly at heights of around 20,000 to 30,000ft, making them invisible from the ground. It is not known how many of these drones the UK wants, but earlier this year a senior Ministry of Defence procurement official visited the Pentagon to begin negotiations.

The microphones and video cameras on these drones could pick up and identify conversations, our actions and voices could be being monitored from 30,000 ft. 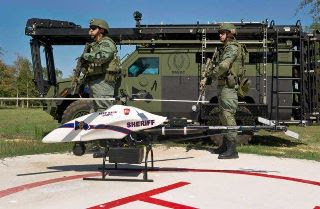 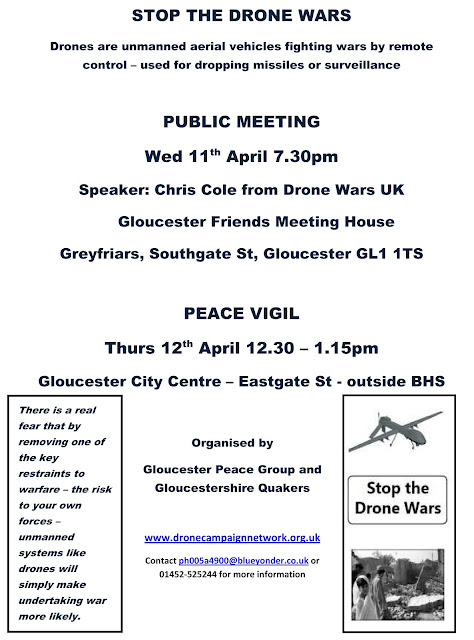